Attendance at the expo reached 7 200 trade visitors. During three days of OTDYKH International Travel Market more than 170 speakers participated the business sessions with 2 800 visitors, including the Head of the Federal Agency for Tourism (Russiatourism) Zarina Doguzova who has opened the ceremony. The Expo was proud to boast Egypt as its partner country for the second time and the partner city was St. Petersburg, alongside with Leningrad Region placed in 1h place in 2021 according rating of Event Potential of the Russian regions in both event, mice and tourism tracks. Leningrad Region was the Partner of the official opening ceremony.

The partner region was Samara Region in Volga River. It is not occasionally as Samara (the reserve capital during the 1941-1945), placed in 9th place in 2020 and 2021 according rating of Event Potential of the Russian regions. The rating complied by the R&C Exhibition Research Centre and placed Samara in 6th place of tourism potential. It wins the annual national competition and will host Russian Business Travel and Mice Awards in November 25. Arthur Abdrashitov, the Minister of newly organized Ministry of Tourism of Samara region, presented a new travel itinerary called “Zhigulevskii´s Days Off.” The four day-trip full of events in the Samara region will attract all types of tourists. Novosibirsk (the heart of Ural) named New Year's Capital of Russia and Kemerovo Region the Partner of ZimaParty. Novosibirsk will be the main point of event tourism in Siberia: a large-scale holiday program “From Christmas to Christmas” will unfold throughout the city in 2022-2023.

Moscow State Institute of International Relations University (MGIMO) was the Educational Partner of OTDYKH. The travel professionals learned about success stories in the field of tourism and hospitality, receiving the personalized certificates.

Ugra (Khanty–Mansi Autonomous Okrug) is another partner of business program. Visit Ugra sponsored “Creative Industries and Tourism” on Sep 15. The session addressed how creative industries are directly related to regional and national specifics differ from region to region, which makes them particularly attractive to tourists. Surgut in Khanty–Mansi Autonomous Okrug, the “oil and gas” center of Russia is ranked as the 5th city in the Top 10 fastest growing European cities in spite of its northern climate. Only 400,000 people reside in this Siberian city, but it is among the top three cities that bring the largest GDP to the country (after Moscow and St. Petersburg) and 4th for the highest salaries in the country.

The head of Rostourism Zarina Doguzova held meetings with the Minister of Tourism of Venezuela, Mr. Ali Ernesto Padro Peredos, and the Minister of Tourism of Cuba, Mr. Juan Carlos Garcia - countries with which Russia resumed direct flights. According to official statistics, Cuba is in the TOP of the main suppliers of tourists to Russia. In the first quarter of 2022, Cuba ranked first with 9.6 thousand visits for tourism purposes, and Egypt is one of the most popular autumn destinations in 2022 for Russians. The high level of professional interest in this year’s event was due to the resumption of direct flights between Hurghada and Sharm el-Sheikh. The direct flights from Moscow operated by Azur Air started 15th of September, the final day of Expo.
The OTDYKH Leisure Fair welcomed several newcomers to the event, including Conviasa, Venezuela. It is the only Caribbean destination that has direct flights to Russia and it returned to the exhibition after a several-year hiatus. According to representatives of Russian tour operators Intourist and Tez Tour, block seats on the flight to Porlamar, on Margarita Island, will start from weekly 1th of October. Conviasa airline already flies from Moscow to Caracas once a week. 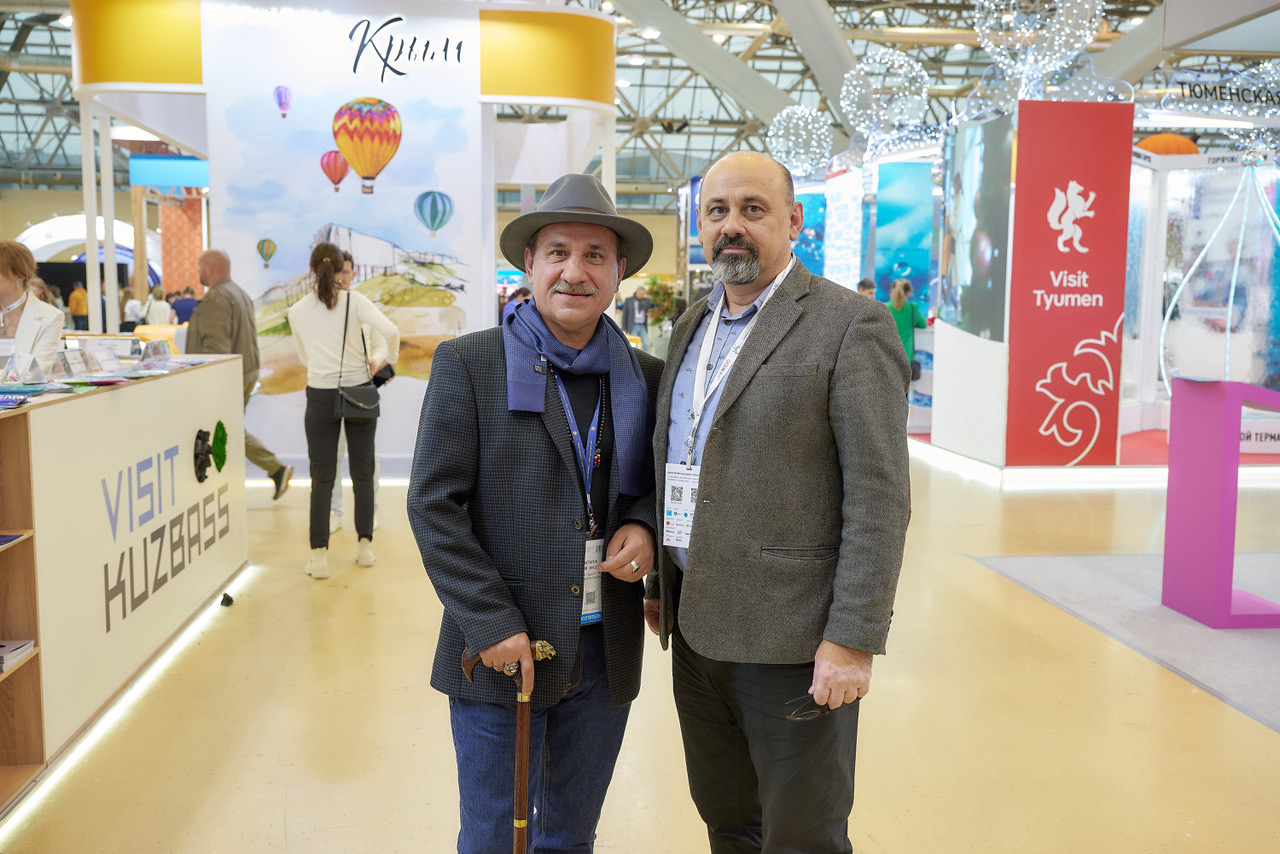 In 2022, the issue of the sustainable development of tourism becomes a more relevant topic of debates. Thus, the main business event of the first working day of The OTDYKH Leisure Fair was the strategic session “How to maintain the balance and sustainability of the industry?” which was attended by Deputy Head of Rostourism Elena Lysenkova.

“It is becoming possible not only thanks to the development of infrastructure, but also thanks to digital technologies” –  Sergey Kryachkov, the chairman of the Digital Technologies Committee of the All-Russian Union of the Hospitality Industry, Head of the Educational and design Laboratory of the Digital transformation of the Hospitality Industry of RANEPA under the President of the Russian Federation argues. 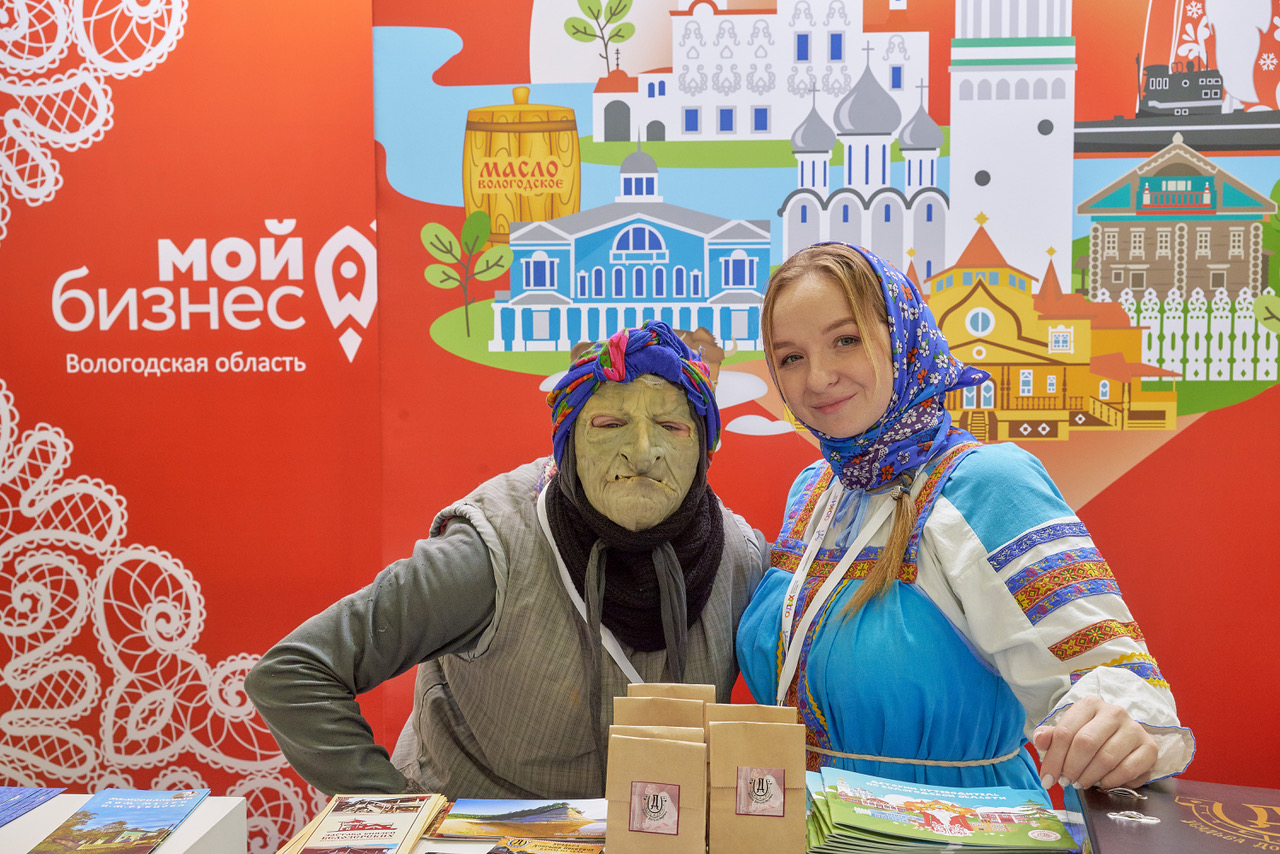 One of the most excitening sessions appeared to be the "Creation and promotion of a new, cultural and educational route for sustainable tourism "Linen Road". Representatives of the Moscow, Smolensk, Tver, Yaroslavl regions, the beautiful small cities of Zvenigorod, Vyazma, Pereslavl Zalessky, ect. participated in the conference, discussing the new perspectives of regional tourism.
Sergey Kryachkov during his discussion with Yuri Shchegolkov, Director of the Foundation for the Development of Small Historical Cities has also marked the importance of the sustainable development of the territory and has underlined the aim of “The Linen Road” project, which purpose is to attract tourists' interest in linen production. At the end of the 19th- early 20th century, Russia was a leader in the production of linen fabrics, linen was a luxury item and a sought-after commodity, and even in London, there was an exchange where the monopolists were Russians. Still, linen is depicted on the emblems of many Russian cities.

The organizing committee of The OTDYKH Leisure looks forward to event of 2023!

Photos by Zaur Karamyzov, an honorary member of Russian Photo Union and Ambassador of The national union of hospitality industry (ocig.ru). He is the founder and director of the Union of Photographers and Cinematographers “Novator”. Photo and video-festivals, organized and conducted by “Novator”, were awarded at the All-Russian competitions and exhibitions related to mice and event tourism. Olga Mamonova, graduated from Moscow State Social University in 1999 (specialization - sociology), she has Ph.D. in sociology (Moscow State University, Russia, 2002) and M.Phil. in Sociology and Health Care (De Montfort University, UK, 2004). She is a member of International and European Sociological Associations as well as a member of Russian Society of Sociologists. Olga is the author of more than 70 scientific and popular science publications, including scientific monograph. For several years, she worked on radio station and in scientific journals as a scientific editor, before to come to market research and tourism industry.

The most popular destinations for Russians for the New Year

About 3,5 million Russian tourists went on vacation to foreign…

The most popular countries for summer holidays 2022