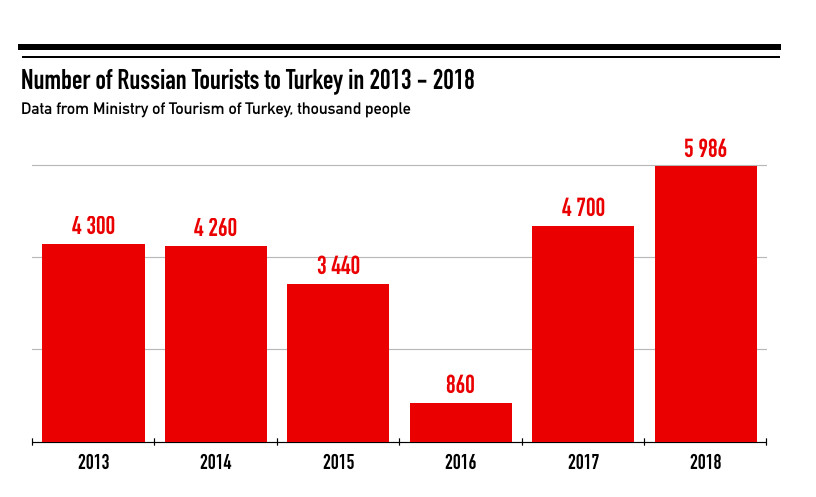 So, the priority of Russian and Germany markets is so great that some experts remind about the events of 2016, when because of political disagreements with Russia and Germany, Turkey has lost almost 50% of foreign market. The dependence of two countries was very expensive for Turkey then. The experts make cautions for preventing the same situation again.

Summer Istanbul is in high demand in Russia

The Russians tasted summer Istanbul. In the summer the Turkish metropolis is increasingly positioned…

Russian tourists flow continues to hold the leading position in Turkey. In the first 6 months of 2019,…

The tourist authorities of Antalya note the daily records of the arrivals of tourists, and the Russian…

Marina Eremeeva, worked more than 17 years in travel agency business, first on the position of sales manager, and later as director and co-owner of «4 Tours», one of the biggest travel agency in Rostov-on-Don (Southern part of Russia). Graduated from Rostov State Pedagogical Institute (Russia) with specialisation in Foreign Languages, and from Rostov Institute of International Economy (Russia) with specialisation in International Economy, Marina is focused on analysis of sales of different destinations from Russia. Recently Marina works in Baginet Sales and Marketing Agency.

Tourist flow from Russia to the Aegean coast of Turkey increased…