Mardan Palace Hotel in Antalya, Turkey, which belonged to the former owner of Cherkizovsky market in Moscow Telman Ismailov, on Monday was sold at auction, according to the Turkish edition Hurriyett.
A state Halkbank is the only participant of the auction . It proposed for the hotel 360 050 000 lire ($ 127.3 million). Previously, the hotel was estimated at 719 million lira ($ 254.1 million).
Mardan Palace, opened in 2009, is considered one of the most expensive assets of the founder of the "AST" and the former owner of Cherkizovsky market in Moscow, Russia. According to various estimates the structure of businesses invested to its construction $ 1-1.5 billion. Gold, natural crystal and Italian marble were used for the decoration of the hotel. The hotel has 560 rooms of various types, including Royal and presidential suites. Sand fir the hotel beach was brought from Egypt. The hotel has the world's largest swimming pool, with a total area of ​​16 thousand sq.m.
Purchase of Mardan Palace also interested largest creditor of Telman Ismailov, Bank of Moscow. In early October, the Bank of Moscow filed in the Moscow Arbitration court for bankruptcy of Telman Ismailov. As of October 1, the debt of Telman Ismailov estimated $ 286 million.
Tags: Turkey
Tags:
1383 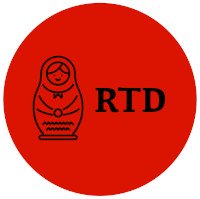 Where Russian tourists fly in January-November 2022

Tickets to Turkey have fallen in price by 7 times, to Armenia…